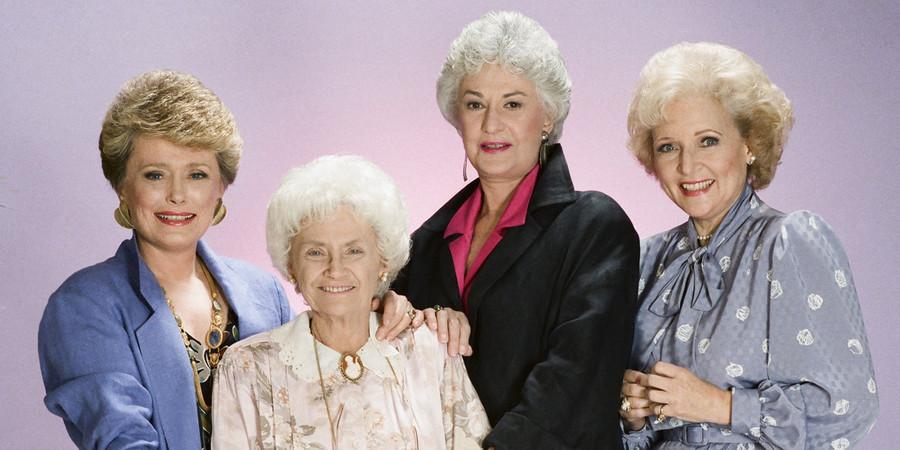 With fans of The Golden Girls from around the world expected in Chicago for the first-ever Golden-Con: Thank You For Being A Fan, organizers moved the event from the Center on Halsted in the city’s predominantly-gay Lakeview neighborhood to the grand ballroom at Navy Pier.

“We are pleased and surprised that (the) event has been so well received. A couple of weeks following our November 22nd announcement, it became clear that the demand for attendance would surely surpass capacity limits at Center on Halsted,” said event co-organizer Zack Hudson. “Center on Halsted means the world to me and literally changed my life, giving me a job a few years back. Brad (Balof) and I dreamed of hosting Golden-Con there. The only reason for the change is that demand for tickets has surpassed the capacity at the Center.”

Event co-organizer Brad Balof added: “It was a bitter-sweet realization to know that to meet the demand of the fan base (that) we would need a bigger venue. Navy Pier is a great venue; I cannot imagine a classier venue for such an event.”

The buzz for Golden-Con was immediate last November and literally worldwide. Ticket-buyers are heading to Golden-Con from Canada, Australia, New Zealand, the U.K., Brazil, Portugal, Mexico, and other countries.

Hudson even has been interviewed about Golden-Con on BBC Radio.

“It shouldn’t come as a surprise because we’re 100 percent aware of how much goodwill there is in the world for the show. But one of the biggest surprises has been how many people associated with the show or the main stars have contacted us to participate.”

Celebs have talked about Golden-Con, from Nick Cannon to Ryan Seacrest, and beyond.

Bonnie Bartlett, who played author Barbara Thorrndyke in the 1988 “Dorothy’s New Friend” episode of “The Golden Girls,” is one of the latest confirmed attendees. Bartlett will share memories, greet fans and no doubt cower under the guilt and notoriety of playing a rare villain on “The Golden Girls,” organizers said with pride.

“We’ve been working to keep up with the momentum,” for the event, Hudson said. “We’ll stay engaged with our fellow fans and folks who have bought tickets. And we’ll keep on creating fun stuff to do and see at the event and continue booking fun guests.”

Organizers are still finalizing the celebrity guests set to appear and the lineup for panel discussions.

VIP tickets to the event sold out in less than 36 hours.

“We have a huge musical guest who we’re finalizing details with and waiting to announce,” Hudson said. “We’ve been compiling quotes and memories from folks who knew the four stars of the show. So, as their birthdays approach, we will release stories about the stars of the show from people who knew them, worked with them, and loved them.”

Balof added, “I am very excited for the guests we have yet to announce. Seriously, if you are a fan of the show, get a ticket, even a day pass.”

If only to honor the late, great Betty White, who recently died at age 99.

“She was the living embodiment of what a positive outlook can do for a person,” Hudson said. “Her loss is sad for us, just like it is for her millions or billions of fans around the world.”

Balof added, “It was a loss the world felt. I felt it, and while I never knew Betty personally, I will miss knowing she is with us.”

Organizers are working to give every attendee an opportunity to celebrate White.

For more information on Golden-Con or to purchase tickets visit thankyouforbeingafan.com.