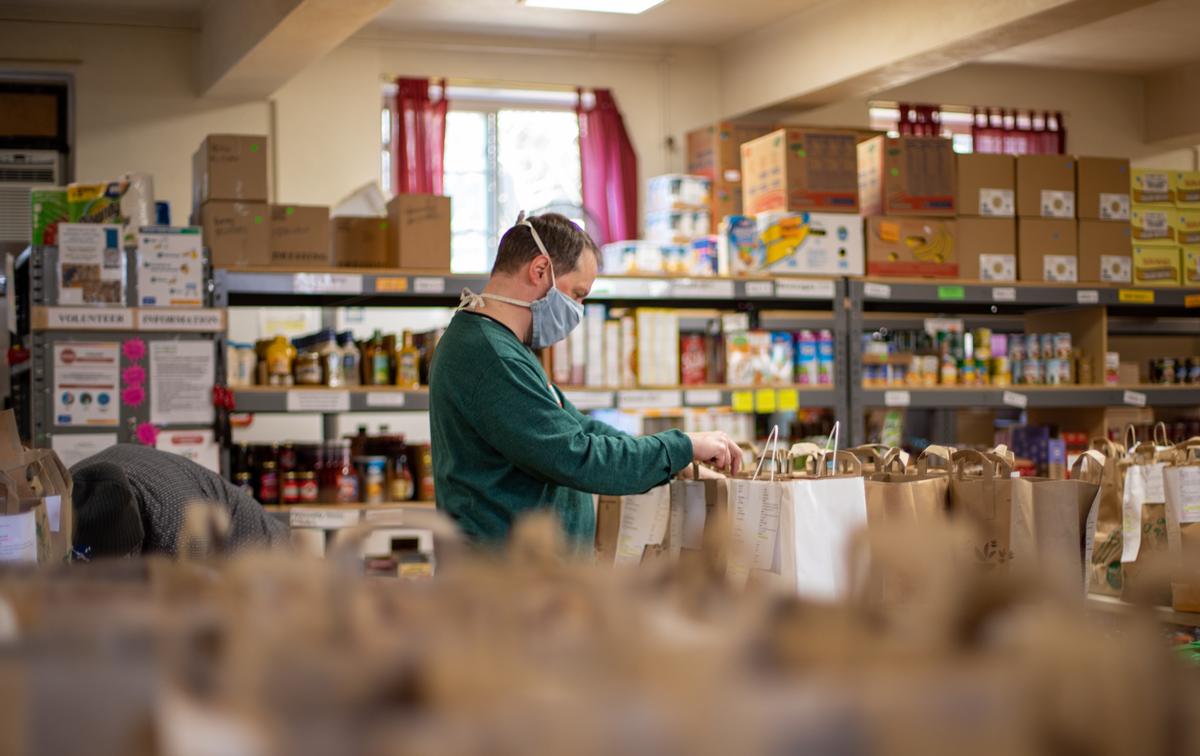 Rick woke up around 7 a.m. to make sure he was in line in time for Care For Real to open Saturday morning.

"The line gets really long these days," he said.

"There's a stigma, definitely," Rick said as he quickly opened and closed what he calls his granny cart. "I feel ashamed to go to the food pantry. But I can't find a job that pays enough for rent, electricity, and prescriptions, not even with aid."

He didn't mention the car he doesn't use because gas prices have skyrocketed. He's afraid he's going to lose his only way of getting to job interviews.

According to numbers from the Household Pulse Survey (HPS) sponsored by the Census Bureau, more and more LGBTQ Americans are finding themselves in Rick's predicament.

This is the first time the HPS asked for sexual orientation and gender identity of survey participants.

Thom File and Joey Marshall of the Census Bureau wrote that the community is twice as likely to have reported living in food insecurity than their non-LGBTQ counterparts.

File is a bureau socialogist and Marshall is a statistician for the bureau's social, economic, and housing division.

"Overall, about 13.1 percent of LGBTQ adults live in a household where there was sometimes or often not enough to eat in the past seven days, compared to 7.2 percent of non-LGBTQ adults," File and Marshall reported.

"36.6 percent of LGBTQ adults lived in a household that had difficulty paying for usual household expenses in the previous seven days, compared to 26.1 percent of non-LGBTQ adults."

Rich, a 27-year old former bank teller let go as there has been less need for them, teared up when GoPride.com asked about his last job. It was a job he really enjoyed.

He wiped a tear, asked if he can continue to live in his Edgewater studio apartment. He says he can.

"8.2 percent of LGBTQ adults said they were not at all confident that their household will be able to make their next housing payment on time, compared to 6 percent of non-LGBTQ adults.

The HPS is a scientific study. The Census Bureau invited 1,042,642 households to be part of the study sampling. 64,562 responses were received.

"Survey questions related to sexual orientation and gender identity aim to understand the impact of the coronavirus pandemic across different subpopulations," File and Marshall said.

The pair warned however that the sampling might be accurate for hunger and economic insecurity for the nation, it is not accurate for determining the population of LGBTQ Americans in the nation as that was not the purpose of the survey.

The HPS will continue the study, inviting a new set of one million households every two weeks.

Sampling invitations might come as an email from COVID.survey@census.gov or a text message from 39242.

Chicago-area persons facing food insecurity are urged to contact the Greater Chicago Food Depository, or the city's 311 number, for the closest food pantry.