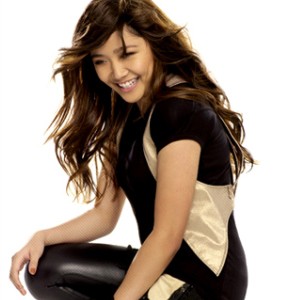 Milwaukee, WI - On first glance, Charice looks like any other teenager: pretty, petite and filled with non stop energy. But when the sweet-faced 18-year old opens her mouth to sing - with a profound, rich and soaring 10 decibel voice from every inch of her 5 feet 1 inch body - the audience quite literally gasps. And at 13 million hits and counting on YouTube tell us, that audience is growing at a staggering pace.

This month, Charice's self titled US debut CD "Charice" was released on 143/Reprise Records and her single, "Pyramid" featuring labelmate Iyaz (who recently spent four weeks at #1 with his international smash hit, "Replay") has become a number one hit on the Billboard charts by booting out Rihanna's "Rude Boy."

"I'm so proud of this record and feel so lucky that I had the chance to work with some of the best songwriters and producers out there. Every note and every word is right from my heart," says Charice.

Singing since the age of 4, Charice got a taste of Internet exposure, when videos of her performances were uploaded to Youtube.com. More recently, with the help of one of her biggest fans (Oprah) Charice has had the amazing opportunity to perform with acts such as Michael Bublé, Celine Dion, Andrea Bocelli, and Josh Groban.

Charice will join the Saturday June 12 headline show featuring Patti LaBelle on the Milller Lite Main Stage at PrideFest. In the meantime, you can catch her on the Oprah Winfrey Show May 11th to celebrate the release of her self-titled international debut album which will hit stores the same day.

PrideFest is June 11, 12, 13 on the Summerfest grounds in Milwaukee. For more information, entertainment schedules, or travel information, please visit www.pridefest.com