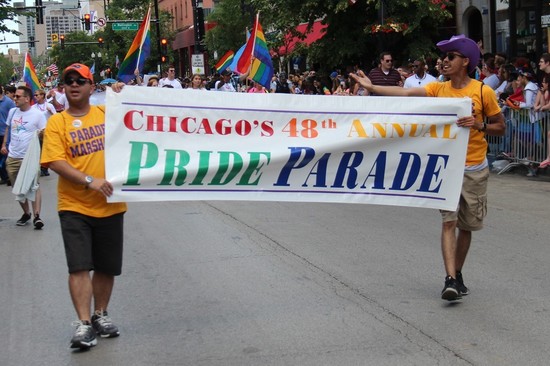 The 49th annual Chicago Pride Parade coordinated by PRIDEChicago. The parade starts at 12 Noon - rain or shine - at the corner of Broadway and Montrose. The parade will then travel the 21-block parade route south on Broadway; then south on Halsted; then east on Belmont; then south on Broadway; then east on Diversey to Cannon Drive. The parade is the culmination of a full month of activities known as June Pride Month in Chicago.
Event website